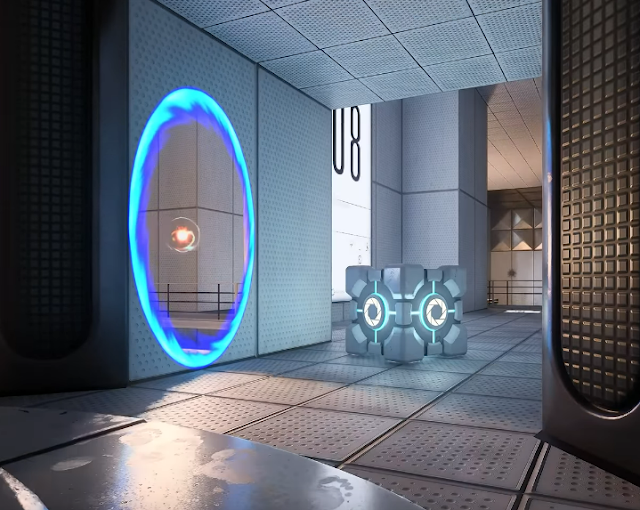 I have mixed feelings about it. I think Portal was a very contemporary game that Valve decided to incorporate as back story for their game's universe. In Half-Life the secret `Black Mesa` laboratory open a portal to invading aliens, in Portal they introduce Black Mesa's competitor Aperture Science as a former company that was taken over by a malicious artificial intelligence. I think the game had something like 19 puzzles with the latter of the puzzles being much longer. The game is not worth replaying, it is like Super Mario 64 without the NPCs, the puzzles drag out, and there is an overwhelming sadness that never goes away. 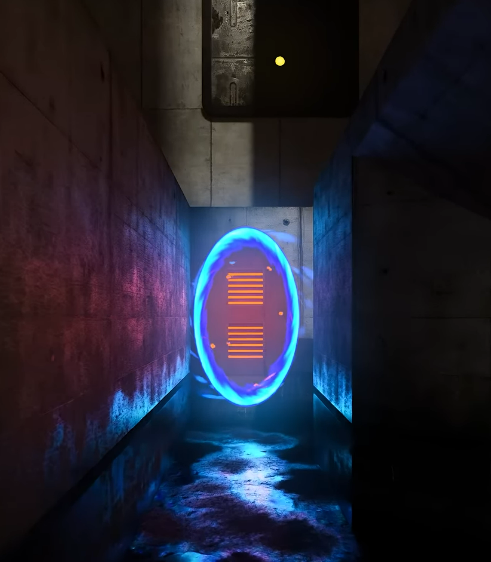 Valve has been pushing for newer technology in their video games instead of reproaching previous success, a quality over quantity which is different from what made the Steam store so successful. For a company that talked so much about controllers I am surprised they are not selling different sized variety packs. Supporting RTX is not something I see as feasibly reasonable, game systems typically max out around 60 frames per seconds in most games, I think Portal should be running at over a hundred. Most of what video games offer is an enhancement to the imagination, ray tracing does not hinder that, being able to see light react from the environment is more of an authentic simulation. What ray tracing hinders though is projected audience, price point, type of software that powers the game and the hardware it supports is based around making a visual experience that is not related to the human interaction, seriously limiting the audience.

Popular posts from this blog

April 23, 2022
CNN " She was fed up with anti-abortion protesters, so she broadcast them on TikTok " This is what CNN has come to. The description is  An abortion clinic escort in Nebraska looks out for bombs to keep patients entering the building safe. See how she's using TikTok to confront the pro-life protesters surrounding the clinic. Source: CNN Let us identify their narrative here. They cite a statistic that from the over 3,000 abortion clinics we have had since 1977 there has been 11 murders targeting abortion clinics. They are directing the entire "debate" of abortion as a measure against violence. At one point they show the lady yelling over a leaf blower on TikTok about how she is going to clean the place up. She wears flare deciminating people who do not agree with aborting human fetuses still attached to their mothers as "Larrys."
8 comments
Read more

Thomas Hansen
the king of Egypt