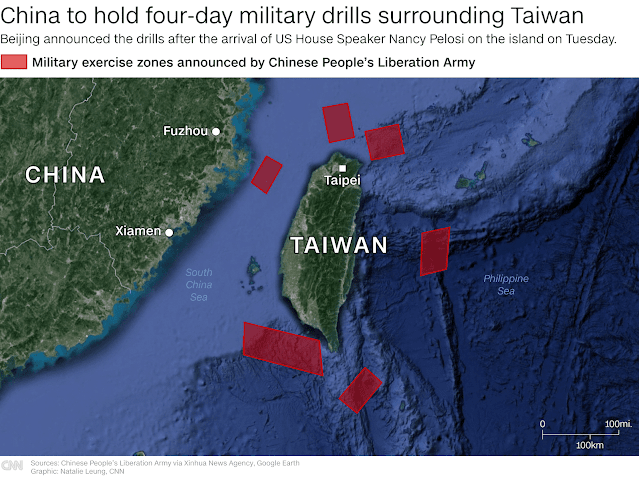 Something to note is that the Chinese army and Russian armies consist of people from those countries. To say they are representative is counter-productive to what my response would be. The Communist brigade typically expels suicidal forces who have been felt wronged on an international level after a life time of propaganda focused on foreign powers mainly the United States. They will repeat in English phrases that are blatantly wrong. You hear politicians and the United States exaggerate numbers to try and make a point (the **** pay NO taxes) but China is trying to act like they actually own the place, their logic is that the United States signed a paper, so they get to terrorize the Taiwanese. Xi is literally claiming Nancy Pelosi infringed Chinese sovereignty, the head of the suicide squad thinks that it is actually currently China. If he invaded today, four years from now he would actually claim that he just kicked out some squatters that owned the houses that other country before his own lifetime began (Will Smith)