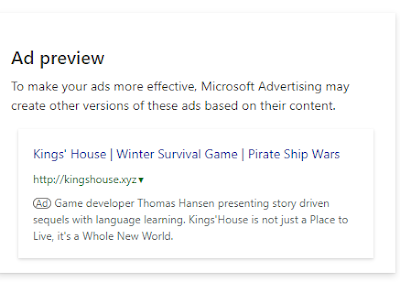 The second part was just put in there automatically by Microsoft, I think it sounds good. I just let Microsoft decide how to advertise, turns out people type "pirat" all the time I never heard of such a thing.

Because it violates Microsoft Advertising policies, this ad is disapproved and is not running.
Policy violation
Disallowed Political Content
In
Unspecified

"` do not serve your unspecified kind around here" These liberals are disenfranchising me, they run a robot that scans what words people use and they attempt to eliminate them from a society connected to the internet. Microsoft has different unspecified feelings, so the liberals are just going to decide who gets to participate in democracy in this capitalist world like the niggers wanted. Barack Obama loves Google and Microsoft and spoke on behalf of all the gay community that Rick Santorum is not hot.