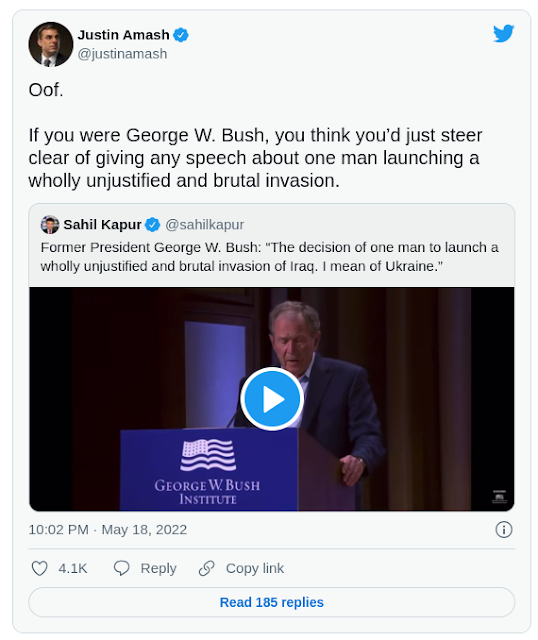 This was a candidate for president who calls the invasion of Iraq 'wholly unjustified' implying that he has no commitment to foreign commitments abroad, or responding to active terrorist threats against the United States. Is this how you want to take on our national security? The Libertarian party is incapable of being elected because of their immaturity on this issue. I refer to it as immaturity because of the people who perpetrate it's ignorance but at the top Justin Amash is a disgusting deceiver, a coward, and someone who would surrender American sovereignty to enemies abroad given the opportunity. His tweet before this he writes "The Defense Production Act is indefensible even when used for defense." in reference to baby formula being made by the government. He just does not want government to work it is more of a trolling status where you blame other people for not being as idealistic as you.

Notice how he says nothing about himself Elon is just suppose to throw cash at him for human cooperation which comes from freedom. I do not know how that translates into economics, he does not either but hopefully I can take over the Libertarian party and do whatever I want