To-ma-te, is the Spanish word for Tomato. It is a developer focused operating system that could work for phones and laptops. It is not really an operating system but it could absolutely package it as one. Basically it is meant to be the modern MS-DOS but it also does HTML. 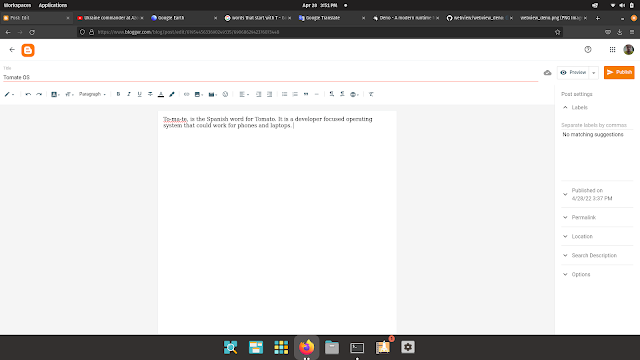 This is Firefox on Gnome displaying Blogger for me. I want the left of the screen to be a terminal like MS-DOS but is actually just a Javascript console, while the right has a 4x3 rendering. 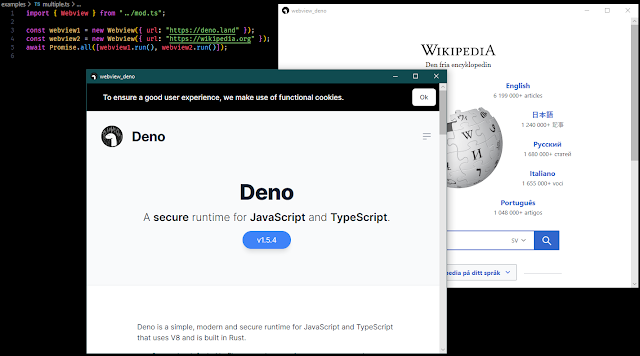 Screenshot of Deno webview from internet.

Dividing the screen up, I would want the left side to be a Javascript console or two, the one initiating the Deno webview and the Javascript console for the Deno webview. Instead of a webview rendering it could also be something like VIM or Visual Studio Code, I need the Deno language server debug for game/server development. Also should be possible to see tabs on the left I want the function keys to be hard coded to change tabs and select terminals or the rendering window. This is ultimately how I want to develop and play Pirate Ship Wars. This could end up being just the developer view of a future HTML front end for mobile devices. I think separating content into multiple tabs and allowing the user to look through it could make a better way to acquire information for gameplay. I want the game to work on a single web rendering but I think supporting this 'environment' would be really positive for the game's growth. I want to make the ultimate gaming system, creation is part of the game.

You should be looking forward to partial access to KingsHouse.XYZ and a preview of Tomate this year.