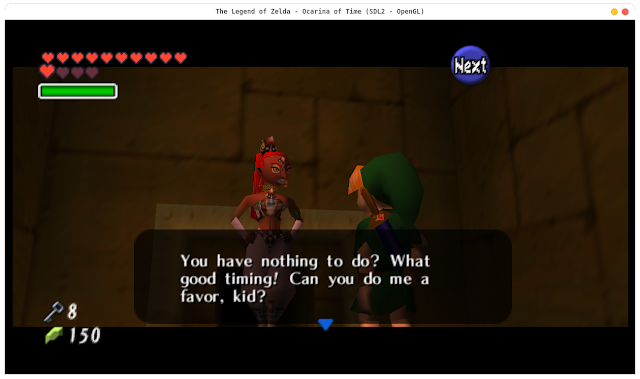 The sound does not work but I can natively play 20 FPS without the emulator disrupting the quality of image. You need a "master quest debug rom z64 PAL" to process the assets, it only compiles on Windows right now, runs with Wine and the sound is messed up. The file is 64 megabytes because all the files are uncompressed, this version is specific because the developers compiled it in a way that allowed debugging. I have experience in reverse engineering with Zen Of Sudoku I converted the game to HTML, in the process interpreting a BIN file repository containing the puzzles. This is the master quest debug rom so the back button gives you a map selection for the entire game. 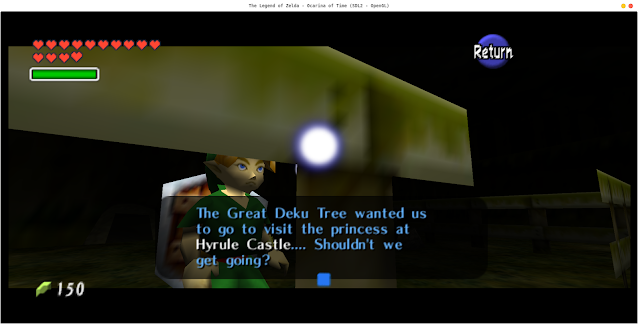 I am hoping to achieve visuals on par or better than OOT for Pirate Ship Wars using WebGPU. The game primarily follows a sequence of illusionary conflicts, matters that have a clear determination but is interpreted under a thick layer of bullshit.  Facial expressions are very important and I think the N64 graphics do a better job than the Cyberpunk Oblivion 7 nonsense.. Calling Cyberpunk "Oblivion 7" is probably the most noteworthy thing I did today.

The program is very interesting, was very simple to compile on Windows. The source code is a spectacle to look at. First phase Ganon is like 5,000 lines.