Instructed by this Russian official, Fuentes, a Mexican citizen who has spent significant time in Russia, arranged for an intermediary to lease a unit in a specific residential building in Miami-Dade County, Florida, where a specified U.S. person, who had previously provided information about the Russian government to the U.S. government, resided.

Furthermore, at the direction of the same Russian official, Fuentes traveled to Miami in February 2020 to obtain the license plate number and parking location of the specified U.S. person’s car, and to provide this information to the Russian official upon his next trip to Russia.

Fuentes’s travel companion, at his request, took a photo of the specified U.S. person’s car. A WhatsApp message from Fuentes’s travel companion to Fuentes contained a close-up photograph of the specified U.S. person’s car. The manner in which Fuentes communicated with the Russian government official and his undertakings in this case are consistent with the tactics of the Russian intelligence services for spotting, assessing, recruiting and handling intelligence assets and sources.

Fuentes had not notified the U.S. Attorney General, as required by law, that he was acting in the United States as an agent of the Russian government. 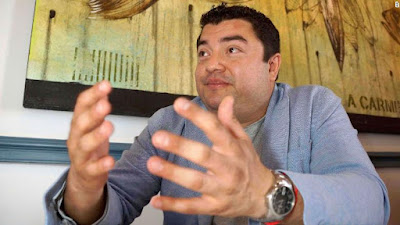