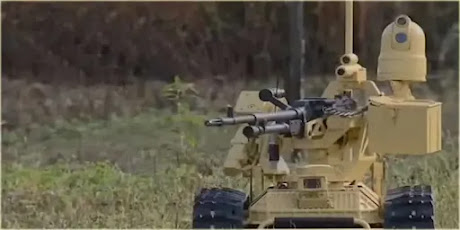 China is actively deploying autonomous vehicles along the border with India. Defending your nation irrefutably involves technology other than gun powder. Communist influence from Asia is the greatest threat to the world. Russians and Chinese are cowards who advocate for using nuclear force, psychos. They view the world as a game and the United States is merely a boss level on their global Communist conquest. These cowards empower leaders to develop these technologies with the purpose of using them against Americans. I am all about a fair fight, any escalation will be responded to. Any cowardly strike against the United States will be met with a greater, more lethal one. China's numbers will not save them, their country is a most vulnerable one. If China were to declare war on us, they should expect a mass starvation followed by extinction. If the nuclear winter does not starve them, the United States will scorch them, we will absorb any country that declares war on us and refuse them representation. Any country that allies with those who use nuclear forces against the United States will meet the same fate.